Skip to content
A man who served as a groundsman for French club FC allegedly died after a stadium
floodlight bar dropped on him.
The freak accident occurred shortly after Lorient’s 3-0 loss to Rennes on Sunday evening,
December 20, at 7.00 pm local time. 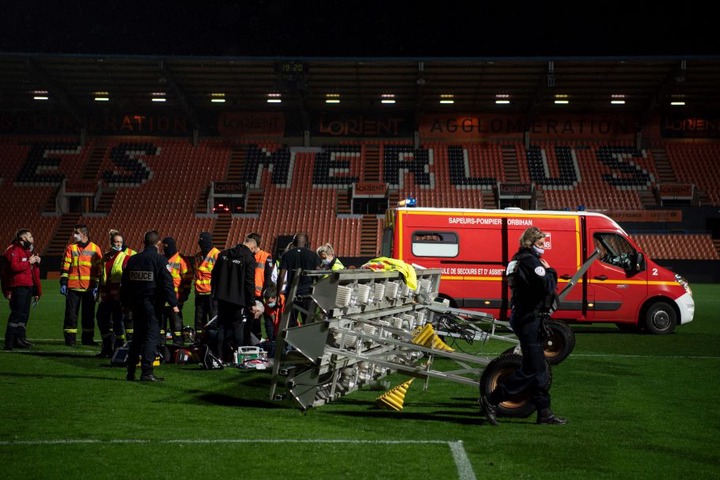 The Lorient employee, 38, needed automatic external defibrillator treatment to save his life, according to Canal Plus France, but despite the best medical assistance efforts, the groundsman was rushed to intensive care at Scorff hospital and was on a life support system.
News later broke last night that a staff member of the club had died. 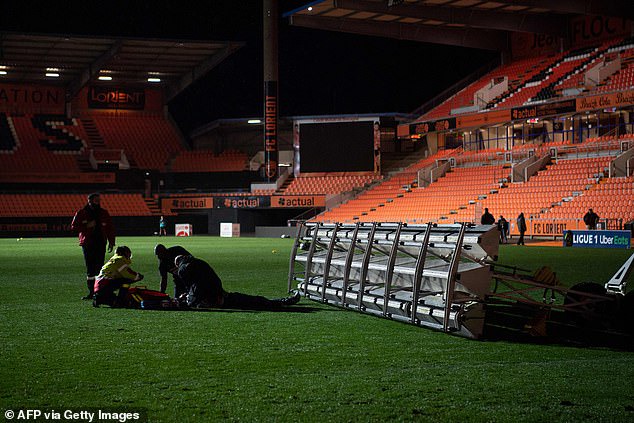 Two other ground staff were also taken to a hospital, but no physical injuries were sustained.
According to local news outlets, the groundsman, who worked for the French club as a volunteer,
was a father of three 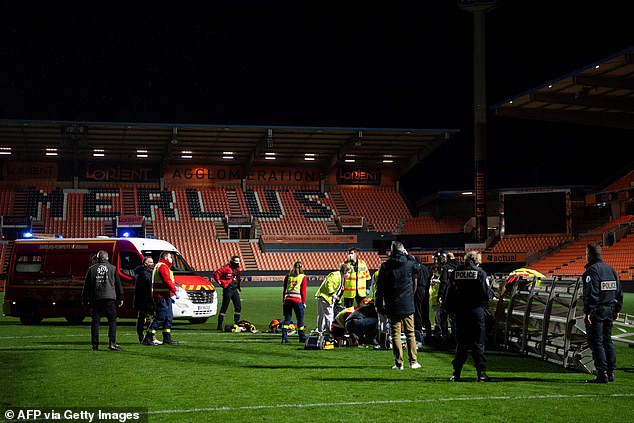 At the time of the crash, the mayor of Lorient, Fabrice Loher, was at the stadium and said:
‘This is a horrible accident. The police have marked the scene from the Lorient police station
and an investigation is underway to understand the circumstances of the accident.’